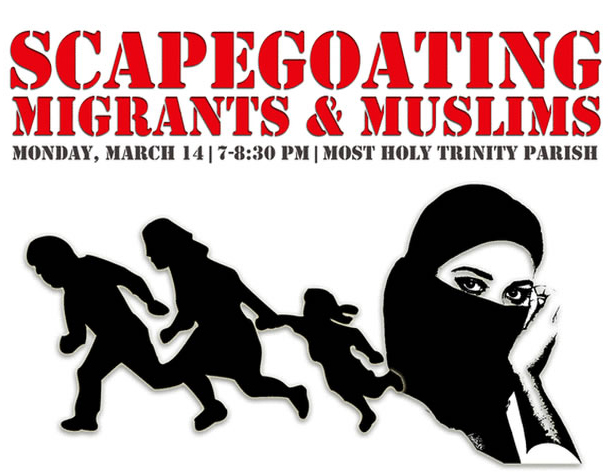 George Dardess, former professor at Tufts University reads the Qur’an in Arabic and has given talks and workshops on Islam and Islamaphobia

Mohyeddin Abdulaziz, Tucson Community Leader and Palestinian Muslim who has worked extensively in creating dialogue across communities in conflict.

Undocumented migrants and Muslims would seem to have little in common. But especially since September 11, 2001, both communities have increasingly shared a bitter common identity as scapegoats.  How has this happened?  And futher: Why does scapegoating continue to blight the human family?  In this presentation we’ll look at what the Christian and Muslim scriptures say about scapegoating.  We’ll also hear from representatives of the communities, migrant and Muslim both, and we’ll talk about positive ways we can help ourselves and others overcome the temptations and consequences of scapegoating by “crossing the walls that divide us.”

Filed under: Announcements and Events, In the Media, News by Derechos Humanos
Comments Off on Scapegoating Migrants and Muslims