An Evening with Hatem Abudayyeh 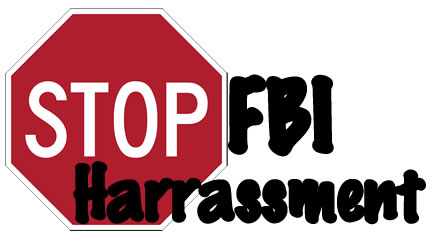 Derechos Humanos and the

invite you to a:

An Evening with Hatem Abudayyeh

Hatem Abudayyeh is the director of the Arab American Action Network in Chicago. He is one of the anti-war and international solidarity activists subpoenaed by the FBI in its witch hunt against individuals and organizations supporting the struggles of the Palestinian and Colombian peoples against U.S. funded occupation and war.

Hatem will speak about his experience and his reasons for refusing to testify before the grand jury.

Donations at this event will help offset the mounting legal costs faced by those activists who have been targeted by the FBI.

SIGN the National Petition to Stop FBI Repression of Activists:

Filed under: Announcements and Events, In the Media by Derechos Humanos
Comments Off on An Evening with Hatem Abudayyeh