1415 20th Street
Douglas, AZ
We will march from the home of Carlos’ mother to where the U.S. Border Patrol took his life.
Join us as we recognize the first anniversary of the murder of Carlos Reynaldo Lamadrid Guerrero by U.S. Border Patrol.  One year later, we continue to mourn the loss of our brother and we stand with the family of Carlos to demand answers for his death. 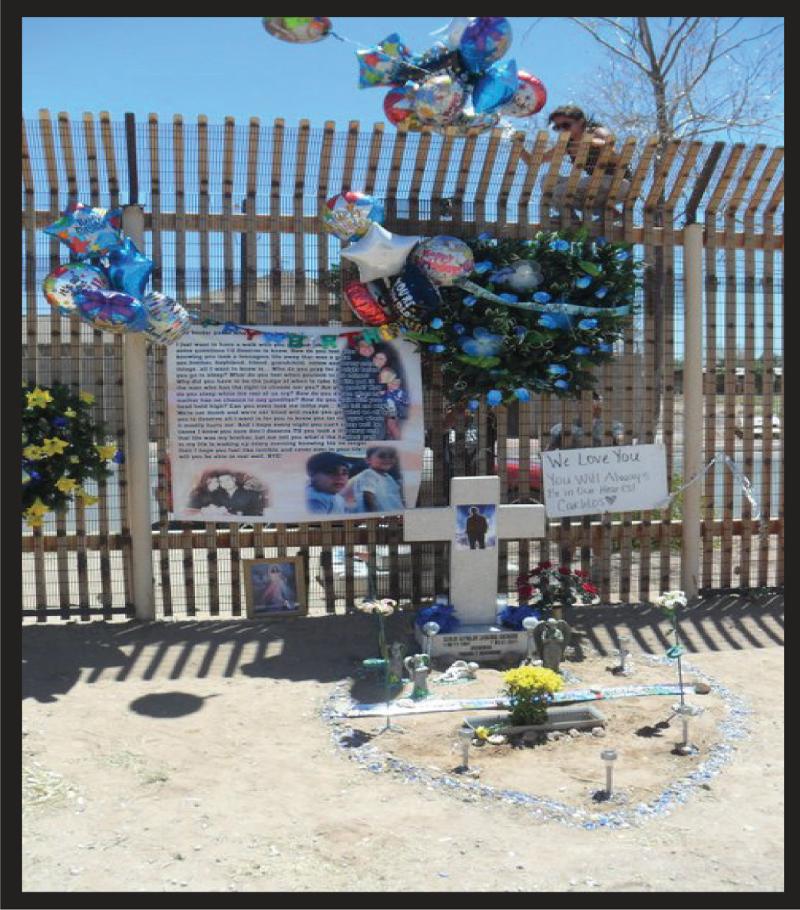 Douglas, AZ
In solidarity and prayer, we will honor
the memory of Carlos, and stand together to ask for justice and peace.
There will be a carpool leaving from Tucson at noon from the Derechos Humanos office (631 S. 6th Avenue, Tucson, AZ 85701)
For more information, contact
Derechos Humanos at: 520-770-1373
Directions from Tucson:
Take I-10 East toward El Paso
Take exit 302 for AZ- 90 S toward Ft. Huachuca/Sierra Vista
Turn RIGHT onto AZ 90
Turn LEFT on AZ-90/State Route 90S
Turn LEFT AZ 90 S
Turn RIGHT onto AZ 80 E
At the traffic circle, take the 3rd exit and stay on AZ 80E
Turn RIGHT onto Pan American Avenue
Turn LEFT on 10th Street
Turn RIGHT on Cochise Avenue
Arrive at Border Wall

Filed under: Uncategorized by Derechos Humanos
Comments Off on In Memory of Carlos Reynaldo Lamadrid Guerrero